What Do Arsenal Need to Become Top Four Regulars? 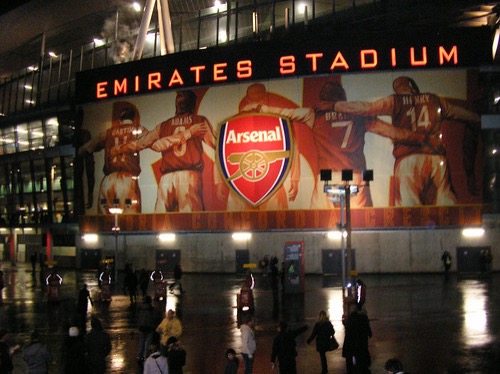 Arsenal are seemingly working their way back into top four contention, albeit quite slowly, and they are not there yet. However, there is certainly promise, and it seems like the team is on the cusp of being a top four challenger in the near future.

But what about being a top four regular, like they were in the past?

This season, Arsenal certainly have a chance, and are right in the mix now, with seemingly two places up for grabs behind Manchester City and Liverpool. The latest betting odds from Space Casino have Arsenal at 3.5 to finish in the top four. This puts them behind Chelsea, Manchester United and Tottenham in the betting, but certainly in the mix.

Behind these teams in the betting, the likes of West Ham and Wolves are considered outsiders, and with so many teams chasing down these final two positions, Arsenal are in a big battle, rather than just chasing one team.

The top four this season would be seen as an overachievement, with a top six finish being the aim for now. However, that is a step towards the top four in the future, but what is needed to make that step?

Increasing the Quality of Depth

One of the biggest issues we have seen with Arsenal is that they lack depth. Go back to their FA Cup loss to Nottingham Forest, when they played a handful of squad players and were lackluster, as mentioned by the BBC in their match report.

NOTTINGHAM FOREST KNOCK ARSENAL OUT OF THE FA CUP 💥 pic.twitter.com/EGiyiacRD4

It is games like that one, where Arsenal rely on their squad players, that you can see the holes that are currently there. These are the players that need to be improved on, or added to, and by adding to them, they can also look to improve the starting eleven too.

Whether they go for a strategy to try and take some risks, in the hope that a player or two turn out to be first teamers from the depth that they bring in, or play it safe and bring in experienced players, remains to be seen. This is also something that will take time, Arsenal don’t have the spending power of some clubs, so can’t simply fix their problems in one transfer window.

With quality depth added to the team, Arsenal should be able to reach the top four, they are close enough to think that could be the difference. Stopping there is not going to be easy, but once you are in, and have the added prize money from playing in the Champions League, things do become easier from a financial perspective.

This may then allow Arsenal to make a proper transfer splash. Chelsea signed big in the summer, bringing in Romelu Lukaku, as covered by The Guardian; Manchester United also added many pieces, and they both did this thanks to Champions League money.

Get up there, thanks to adding strong depth pieces, and then like those two mentioned, Arsenal may be able to sign players of a standard that is good enough to keep them there.

Comments Off on What Do Arsenal Need to Become Top Four Regulars?